The Launching of The Oil and Gas Year Malaysia 2015

In this event, JGC Malaysia was presented with the “Engineering and Construction Project of the Year” award for its Petronas LNG Train 9 Project in Bintulu, Sarawak. Accepting the award on behalf of the company is the Managing Director, Mr Takahiro Kobori. During his speech, he thanked TOGY for the award received in recognition of the company’s skills and efforts. He stressed the importance of safety which has been and will always be the company’s top priority in which saw the company achieving more than 20 Million Man Hours without Lost Time Injury (LTI). He also said that JGC Malaysia is committed and will continue to make its priority in ensuring that safety will not be compromised while completing the projects.

Meanwhile, the following companies were also recognised for their achievements:- 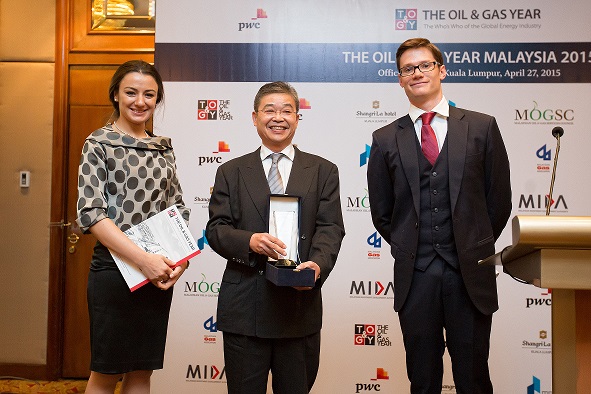